There aren’t as many watchmaking brands that have contributed to history as much as Omega did. The prestigious luxury watchmaker is known for its robust and reliable watches that are consistent with the quality manufacturing and standards the Swiss watchmaking industry is known for.

But, perhaps its most famous watch model known to man today is the Omega Speedmaster. It is greatly linked to several historical achievements from being the first watch on the moon to being the official timekeeper for the Olympics. Additionally, the Speedmaster also happens to get impressive results in the secondhand market. It is sold at auctions for prices way over retail price and part of it is owed to its rich heritage.

The Most Expensive Speedmasters Sold at Auctions

The Omega Speedmaster was released during an era in which dress watches dominated the market. Fast forward to today, the iconic chronograph is regarded to be one of the most in-demand watches in the market.

Aside from its illustrious history, there are other factors at play as to why people are willing to go so far for an Omega Speedmaster: The design of the chronograph has stood the test of time, both in terms of style and functionality. It’s also a matter of supply and demand where rare Speedmaster examples are known to sell for hundreds of thousands of dollars. Some have even been known to fetch millions of dollars at auctions. This is often the case with vintage references.

The first Omega Speedmaster was released in 1957 as part of the brand’s Trilogy of Professional Watches. The reference that started it all—the CK2915—is by far the one that sells at the highest prices in auctions. These include all the -1 iterations which are referred to as the Broad Arrow, referencing their exceptional hand design. Other distinct features of the watch are the tachymeter scale on the bezel, providing that the first Speedmasters were marketed as a sports watch rather than what it’s known for today.

These watches are highly sought after by vintage collectors in the secondhand market. However, it pays to mention that there are quite a few parameters that make a watch fetch crazy prices, and these involve more than the condition of the watch.

How Much Are These Speedmasters Worth?

There’s a reason this Speedmaster Professional was sold for almost a quarter-million dollars: It was flown to the moon when astronaut Ron Evans Jr. used it during the last Apollo mission in 1972. It is the same make and model as the rest of the watches NASA issued to Apollo astronauts. It was first mounted to an experiment before it became Evans’ memento. The watch has a hand-engraved inscription which Evans made himself, “Ron Evans / Flown in CSM / to the moon / Apollo 17” on the case back and “6-19 Dec 72 Heat Flow Exp” on the side.

During the auction “Omega Speedmaster: To the Moon and Back” in 2019, this 1958 reference fetched the highest price of all the 50 CK2915 references presented. It is all original, despite its signs of age and use. The tachymeter scale has almost disappeared from the bezel and the hands have likely been relumed. Nevertheless, the case appears to have been polished.

This watch may seem familiar to you. It is a 1958 watch that was auctioned by Bukowskis—a Scandinavian auction house—where it was sold for about $275,000. It was a record price paid for a first-generation Speedmaster at the time and fittingly so for its good condition.

This 1957 Omega Speedmaster was one of the 10 most expensive watches sold during a New York auction held by Christie’s in 2018. It already didn’t have the original 7077 bracelets with flex links. But, other than that, it has the first-version bezel and the dial remains crisp. It also only had the “Speedmaster” engraving on the case, which is unlike the 1958 versions that also had the familiar Seahorse engraving.

There were three different versions of the inaugural CK2915, -1, -2, and -3. While this particular reference is a -1, it uses replacement parts such as an A2 bezel—the same bezel used on the CK2915-2. The original lume has also been replaced with tritium. Its high value seems to be a case where the aesthetics and technical condition of the watch are more important than the originality of its parts.

Omega is one of the handfuls of Swiss watchmakers that are truly a household name. It has a long and illustrious history, boasting some of the largest and most diverse catalogs the industry has ever seen. But, perhaps its most instantly recognizable and most celebrated line is the Omega Speedmaster, which also holds the title of being the most collectible model of all time.

The Speedmaster has a pedigree that nearly no other watches can match—the other Omega watches included. It’s the only watch that passed NASA’s most rigorous tests, explaining why it received the stamp of approval for space travel. Today, the line enjoys the attention it deserves and you can still find ones with more accessible prices in the market.

What are your thoughts about these most expensive Omega Speedmaster watches? Would you be willing to shell out that much money for a collectible Speedmaster? Let us know by leaving a comment.

Porcelain Veneers: What Are They and Are They Worth it?

5 Most Elegant Rolex Watches Your Money Can Buy

Practicing Self-Care Over the Holidays 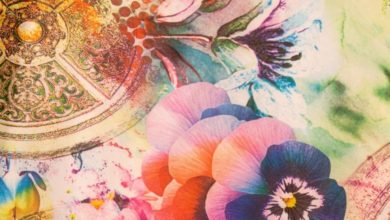 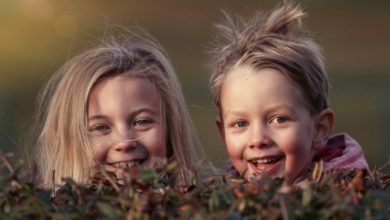 How to Build Relationships With Siblings 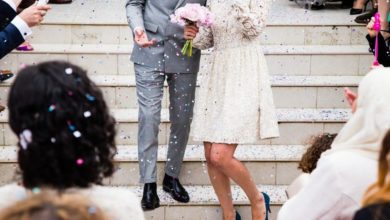 You Can Plan a Luxury Wedding Without Overspending